Attention, emotional! Dronivo's founder Ivo Simon has long been a fan of the French manufacturer Parrot. But there was never the opportunity to represent them as a distributor in the German market. Now, however, Dronivo has been named as distributor for the industrial and BOS sector. This includes the models ANAFI Work, Thermal and the new ANAFI USA. Of course the excitement is great, because "we believe in Made in Europe, in the strong features of the ANAFIs and in the comprehensive software framework provided by Pix4d. And we are incredibly proud to finally be able to represent Parrot," says Ivo Simon. "We are sure that we can also excite the German market with Parrot's products. Up to now, the only thing missing in this country was brand presence and media attention, as well as consumer awareness of data security, compared to main competitor DJI". 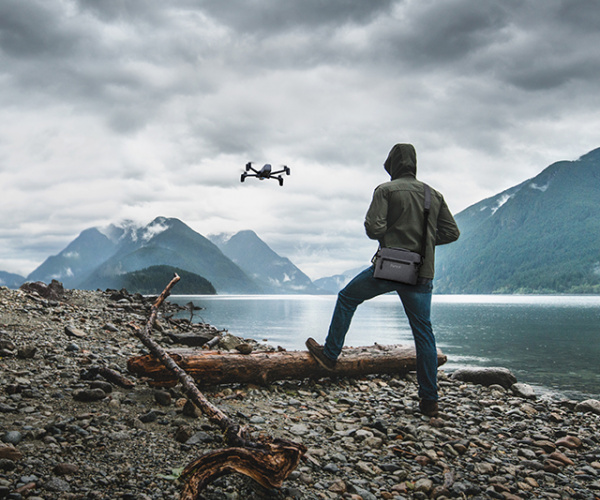 Parrot's portfolio is particularly suitable for construction, e.g. for progress monitoring, inspections of buildings, roof damage or the inspection of photovoltaic systems with thermal imagery. And also in the real estate sector, the drones are used for a cost-effective, fast 3-D image of the houses to be advertised.
Parrot offers the in-house software platform Pix4D, which meanwhile includes 11 individual software tools. These allow for example automatic photogrammetric evaluations, support during inspection flights and flight planning or even help with multi-spectral analyses of planting fields. 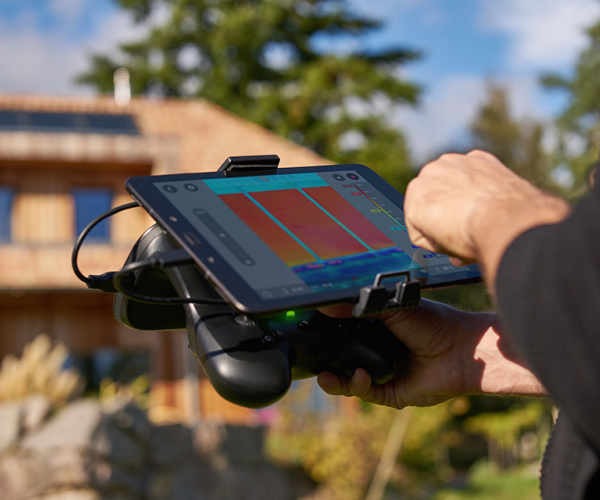 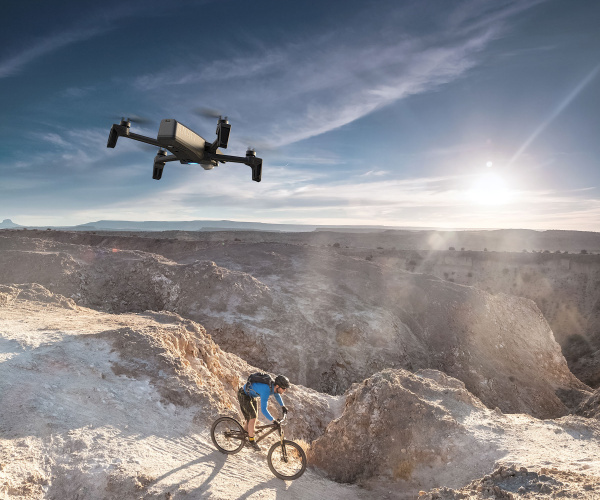 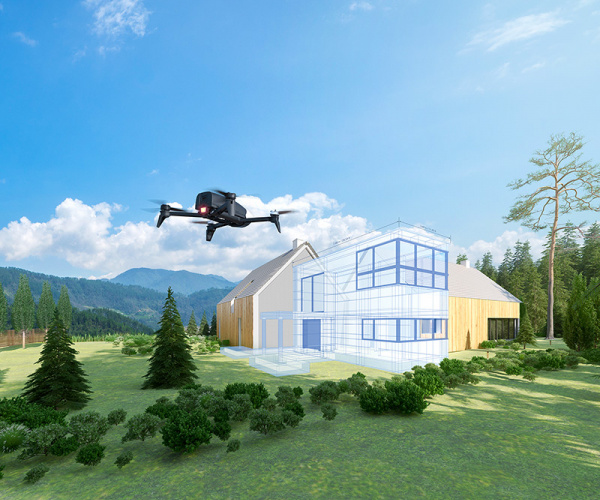 Parrot and Dronivo are hoping for exceptional market potential from the new ANAFI USA. This was developed in a project for the U.S. military as an S.R.R. (Short Range Reconnaissance) drone. The drone has corresponding characteristics, including an IP53 level, stability up to 15m/s, 512bit AES-XTS encryption and other extras. Highlight of the drone is the triple sensor payload with large thermal sensor, wide angle and 32x zoom camera. With all features the drone is still extremely compact and weighs only 500g.
The drone is perfectly suited for first responders, firefighters and police - as well as special forces and military. Thanks to the manual start feature and the rapid operational readiness of less than 55 seconds, the USA could also be launched from the vehicle window depending on the situation. 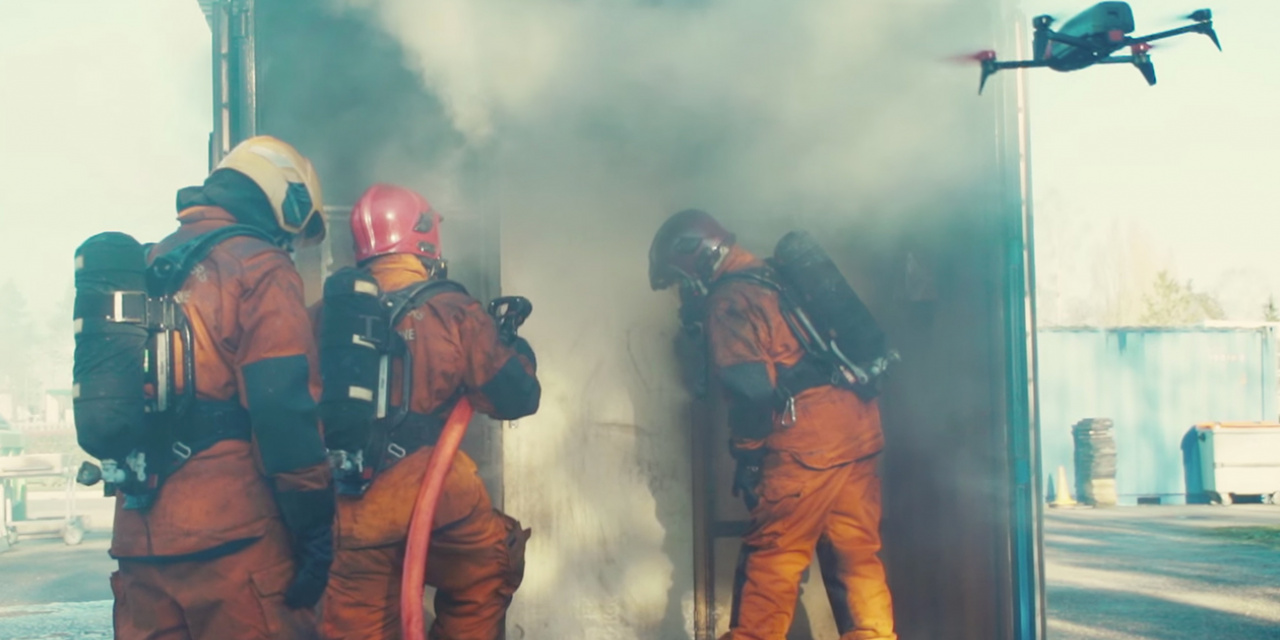 By selecting "Accept all", you give us permission to use the following services on our website: YoutTube, Vimeo. You can change the settings at any time (fingerprint icon in the bottom left corner). For further details, please see Individual configuration and our Privacy notice.

The settings you specify here are stored in the "local storage" of your device. The settings will be remembered for the next time you visit our online shop. You can change these settings at any time (fingerprint icon in the bottom left corner).

To view Vimeo contents on this website, you need to consent to the transfer of data and storage of third-party cookies by Vimeo.. This allows us to improve your user experience and to make our website better and more interesting. Without your consent, no data will be transferred to Vimeo. However, you will also not be able to use the Vimdeo services on this website.

Would you like to see these contents? Activate the desired contents for one session only or allow the website to remember these settings. Once you have given your consent, the third-party data can be loaded. For this, third-party cookies might be stored on your device. You can change these settings at any time (fingerprint icon in the bottom left corner). For further details, please see the Privacy notice.

Further information {{headline}} {{description}}
Spare Parts Origin
You will find "new" and "used" spare parts on our website. Where these goods come from, why the quality is equal and why you should rather use second-hand goods for economic & ecological reasons, we will explain to you below:

New goods (usually) come directly from the drone manufacturer and are produced as surplus in the same process as the drone.

Spare parts not directly from the manufacturer are listed as "used goods". They come often from good as new drones, B-goods or return units. 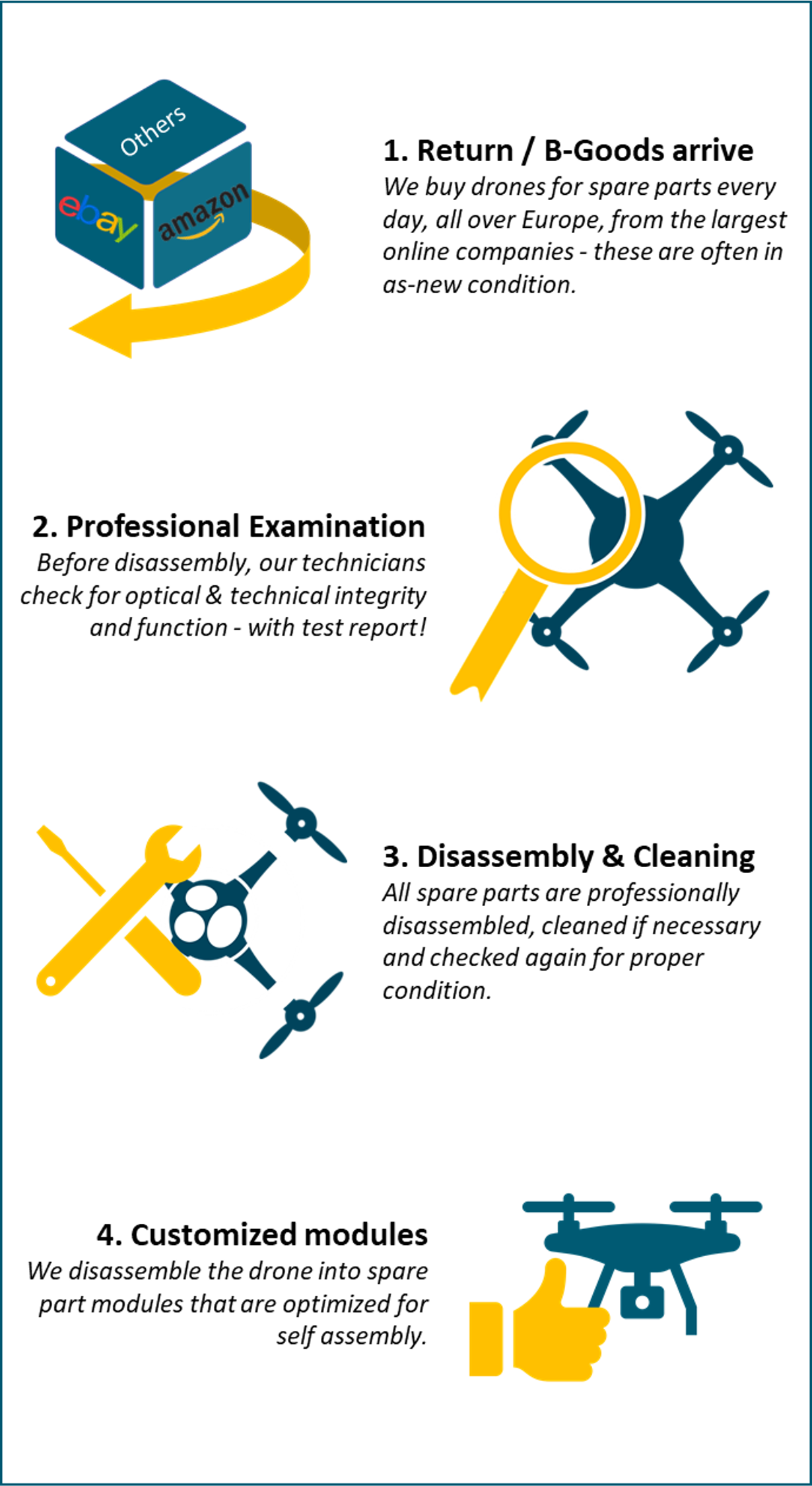